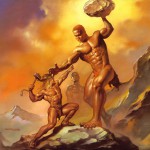 THE GIANTS AND THE ORIGIN OF MANKINDPart 1: History

The giants and the origin of mankind, could be the title of an archeological book. In 2005 the Russian newspaper Pravda announced that Prof. Ernst Muldashev had discovered some giant graves that would contain human skeletons of impressive size in Syria. This information could not be verified since Prof. Muldashev did not get permission to […]

THE GIANTS AND THE ORIGIN OF MANKINDPart 2: The findings

The giants and the origin of mankind. In the islands of South-East New Guinea natives are still erecting huge monoliths in the memory of their giant ancestors who, they say, lived on earth a very long time ago. A question arises when discussing the hypothesis of the existence of giants living upon the earth in […] 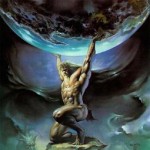 ATLANTIS 1The cycle of eternal return

Atlantis 1 – 06/30/2007 “There once was so much wickedness on Earth that Justice flew to the gods, and their king decided to exterminate the human race. Jupiter’s wrath reached beyond its kingdom, and Neptune, his brother of the blue seas, struck the earth with his trident. And the Earth shuddered and convulsed…” (Metamorphoses by […] 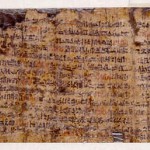 ATLANTIS 2The sacred texts from around the Mediterranean

With this study of Atlantis we will come to see that in ancient times its oral tradition was transmitted from initiate to initiate so that human knowledge is not lost. This would tend to prove, if need be, that the priests were custodians of knowledge and that they only imparted it to those who had […] 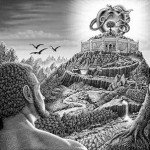 THE TALES OF GREECE 3

Greece, for centuries, was a repository of the primordial Tradition. But at the time when Plato wrote the Timaeus and the Critias the hub was moving to another country. Plato, however, described the degeneration of the Atlantean people with a luxury of details, as if some final precisions were to be transmitted about the lost […]

FROM SPAIN TO SOUTH AMERICA 4

After studying Atlantis in the light of the peoples and civilizations from around the Mediterranean, we will try to go a little further in our investigations by comparing certain linguistic roots, remnants of a bygone world. Atlantic Europe still offers a wide field of experimentation to the researcher. So let us head to a small […] 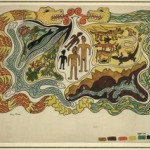 After glancing over the Iberian peoples, we are now going across the seas to reach the shores of Latin America. Originally, the Atlanteans were the transmitters of knowledge to many peoples. One can dare say that the great civilizations that populated the Americas, Europe, Africa and even India benefited from the Atlantean culture before it […] 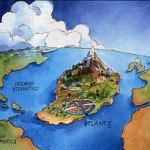 THE END OF ATLANTIS 6

With this new chapter we continue our approach of the lost continent with scientific discoveries which in recent years have provided some disturbing information. Each reader can then do the needed synthesis for a better comprehension.   Unexpected discoveries Scientists, at the beginning of the 20th century, refrained from considering theories when facts pertaining to […] 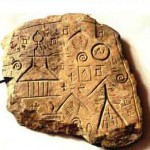 This article, initially translated a few years ago, is being reviewed and corrected. An improved translation will soon be available. We thank you for your understanding.   If Atlantis is a mysterious continent which flares up, Lemuria or Mu’s continent – less famous indeed – is not an enigma for historians and researchers. Myth for […]